Posted by Vincent Henderson on November 29, 2013 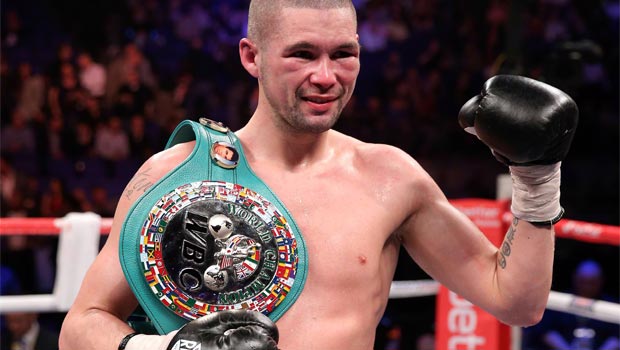 Tony Bellew has warned Adonis Stevenson that he is willing to lay it all on the line in his bid to win the WBC light-heavyweight title in Quebec on Saturday.

The British fighter will step into the ring with Stevenson this weekend looking to claim his first world title having fallen narrowly short in his only other shot at a belt.

The 30-year-old was beaten by Nathan Cleverly on points in 2011 and has had to work hard in the two years since that fight to get himself back in the world title picture.

Bellew starts as a massive underdog for his second world title bout as he will be fighting the powerful Stevenson on his turf in Canada.

The man nicknamed ‘Superman’ is known for his destructive knockout ability, taking the WBC title from Chad Dwason with a first-round KO in June.

The 36-year-old has won 19 of his 23 bouts by knockout and Bellew admit he will have to be careful he doesn’t get caught by one of Stevenson’s big right hands if he is to come home a champion.

Despite the dangerous nature of his opponent, the ‘Bomber’ was full of confidence in the pre-fight press conference, telling Stevenson he won’t be able to beat him on Saturday night.

“He’s got to understand that I’m not coming here to lose,” he said.

“People have no idea what is at stake and how far I’m willing to go. He can’t beat me.

“I was getting to him towards the end of the press conference and he realises that I’m not moving.

Bellew comes into the fight having won 20 of his 22 fights, with his only defeat coming at the hands of Cleverly in 2011.