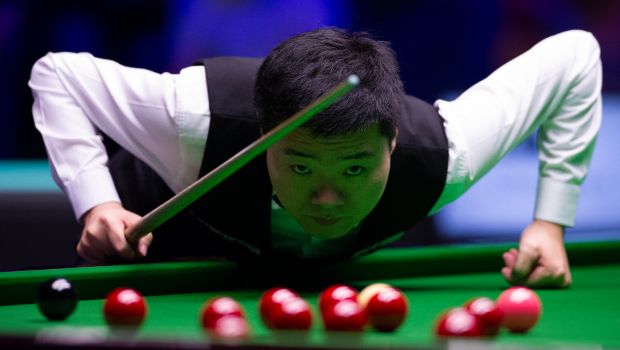 Ding Junhui might have had a lightning start to the European Masters, running riot over Robert Milkins with a 5-0 whitewash, but he is now set to bid the tournament farewell after failing to close the game against his lesser-known opponent, Scott Donaldson.

Junhui might be considered the most successful Asian in the history of the sport but could not dispatch world number 26, Donaldson. Donaldson had a quick start to the game, taking the first frame. However, world number 9, Junhui levelled matters soon after.

Donaldson, unrelenting in his pursuit of a last-16 spot, took the following two frames before letting in Junhui on one more frame. At the end of five frames with the scoreline at 3-2, Junhui seemed like he could turn the game on its head and race to the finish line.

However, two more frame wins for Donaldson got his Chinese counterpart facepalming. With breaks of 109, 50 and 76, Donaldson surely had another scalp under his belt. He was responsible for taking out Kyren Wilson and now, Junhui. With this win, he’s set himself up for a game with either of Alli Carter or Holt in the quarter-finals.

Certainly, it’s curtains drawn on Junhui’s European Masters hopes.
Elsewhere, Thepchaiya held his breath and nerves to edge out John Higgins. It was a crunchy encounter between world number 6 and 21, but it was the latter who came out tops.

Sweat must have trickled down the face of Higgins and shivers gone down his spine when Un-Nooh came from 4-2 to level matters at 4-4, taking the game into a decider frame. Un-Nooh took the game by the scruff of the neck and ended proceedings in his favor after a nerve-wracking game. John Higgins described the game as a difficult one to take, having failed to capitalize on a 4-2 lead.