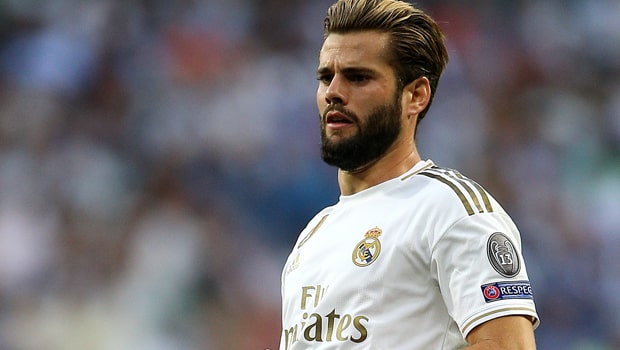 Real Madrid on Sunday night went on top of the La Liga table with three points clear of rivals, Barcelona after beating Real Valladolid at home by a lone goal.

The capital club scored from a Toni Kroos corner headed in by Nacho with just 12 minutes left on the clock at the Estadio Jose Zorilla to continue their impressive run of form.

Although, the home side will feel hard done after holding Zinedine Zidane’s men for 78 minutes as they hoped to secure a draw which would have been their fourth in five games.

Real are on an impressive run of form of three wins, and 2 draws in their last five league games, although Villarreal are the best team in the league currently based on form have gathered 12 points from a possible fifteen while Real Madrid has 11 in the same number of games.

The win puts Real Madrid in advantage as they are now three points away from their closest rivals, Barcelona, who lost 2-0 to Valencia on Saturday evening.

Despite missing a penalty in the first half of the game, Maxi Gomez was able to put his name on the score sheet late into the game.

The Uruguayan forward scored in the 77th minute to put the game beyond Barca after Jordi Alba had scored an own goal in the 48th minute.

It is Barcelona’s first loss in La Liga since a 3-1 reverse to Levante on the 2nd of November 2019 and the second in all competitions since the 3-2 loss to Atletico Madrid in the Spanish SuperCopa in Saudia Arabia weeks ago.

Real will hope to keep the lead at the top of the log when City rivals Atletico Madrid pays a visit to the Santiago Bernabeu on Saturday 1st of February in their next LA Liga games although before then, there is a trip to Real Zaragoza on the 29th of January in the Copa Del Rey.

Real Madrid are fancied at 1.86 to win Atletico Madrid, while Atletico are backed at 4.86 to defeat Real Madrid.