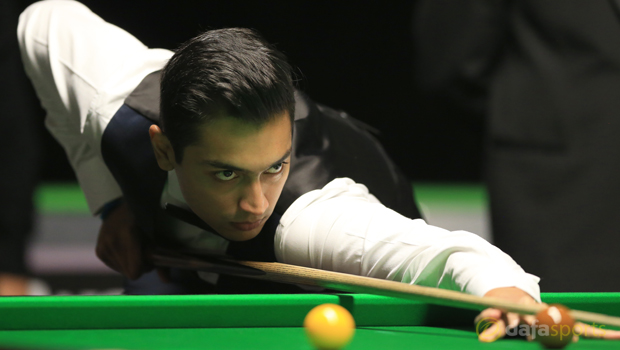 Defending champion Aditya Mehta has been knocked out in the first round of the 2017 World Games by Poland’s Kacper Filipiak.

Indian ace Mehta was an impressive winner of the Games when they were held in Colombia four years ago, particularly as he beat highly-rated Chinese player Liang Wenbo 3-0 in the final.

However, the 31-year-old was unable to repeat his exploits during this year’s tournament in Poland, as he was beaten by home-favourite Filipiak 3-1 at the Wroclaw Congress Center.

Filipiak, who has previously played on the professional tour and recorded victories against John Higgins, Stephen Maguire and Marco Fu at the 2011 World Cup, raced into a 2-0 lead during Thursday’s contest.

Mehta did pull a frame back to give himself hope, but it was the Pole who held his nerve to book his place in the quarter-finals.

Filipiak’s reward for reaching the last eight is a clash with 2016 IBSF U-21 champion Xu Si, who made light work of beating Pakistan’s Mohammad Bilal 3-0 in his first-round match.

The Chinese ace is expected to have a bright future in the sport, as he has already reached the last 32 stage of a ranking event, a feat he achieved at the 2016 International Championship, beating former world champion Mark Williams in the first round before losing to the experienced James Wattana.

The winner of Friday’s quarter-final between Filipiak and Xu Si will face either Declan Brennan or two-time World Championship finalist Ali Carter in the last four on Saturday.