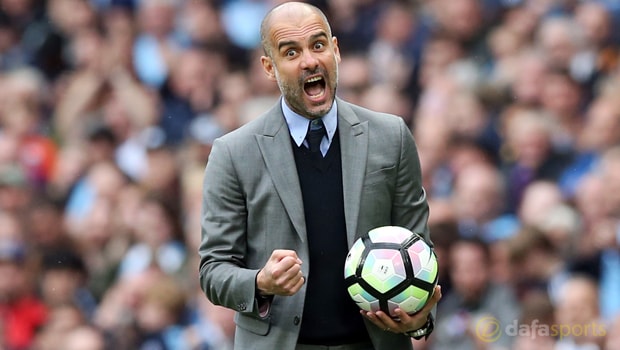 Manchester City boss Pep Guardiola was pleased with his side’s battling performance after they secured a 4-1 victory over Real Madrid in the International Champions Cup.

The Citizens were in impressive form in Los Angeles, with second-half goals from Nicolas Otamendi, Raheem Sterling, John Stones and Brahim Diaz sealing a comprehensive victory over the European champions.

Guardiola was pleased by his side’s display and believes the spirit they showed was far more important than the scoreline.

“The result is not so important but the way we fought for each other, that is,” Guardiola told the club’s official website.

“It is the pre-season, just like the last game against United where we lost but did good things.”

Summer signings Kyle Walker and Danilo started in the wingback positions and with fellow new recruit Benjamin Mendy still to come into the side, Guardiola is hopeful City can be a more solid outfit this season.

He added: “If we play in this intensity, that is our dream to be more stable and solid and, of course, Kyle Walker and Danilo and also Mendy will help us increase our intensity.”

City are next in action when they take on Premier League rivals Tottenham in their final International Champions Cup match on Saturday.

The Citizens will be hoping to produce a positive performance against Spurs as they look to lay down a marker ahead of the new season.