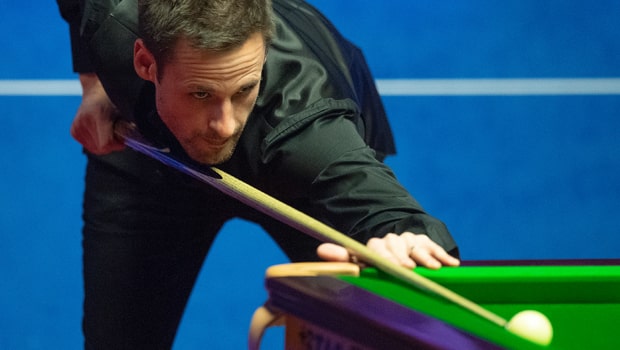 World Championship semi-finalist David Gilbert says he is glad to have shown his true ability at the Crucible after a best ever display in the tournament.

The world number 12 had never progressed beyond the second round of the prestigious event before his excellent run this year.

A close fought contest against Joe Perry saw him come out on top 10-7 in the first round before the tricky task of facing defending champion Mark Williams in round two.

However, the 37-year-old Tamworth local took advantage of an out-of-sorts Williams to progress to the quarter-finals.

He then knocked out rising star Kyren Wilson before his championship came to an end when agonisingly losing to John Higgins in a final-frame semi-final decider, despite leading by five frames at one point of the match.

It was a remarkable end his best year on the circuit for Gilbert though, whose career before the start of the season tended to mirror that of a journeyman.

A homecoming party is now being planned in his local sports bar in Tamworth where he practices and Gilbert is grateful for the support he has received even when not delivering the goods.

Gilbert said: “They are arranging a bit of a party for me on Saturday night. I went in for an hour on Sunday and they gave me a round of applause which was lovely.

“I can’t wait to see a lot of faces and thank people because lots have helped me through my life including from the area.

“I have always had great support and I have felt I have let people down at times so it’s nice to give them something back to cheer about.”

Gilbert will be hoping to continue his fine form going into the 2019-20 snooker season.

The first of the Triple Crown events is the UK Championship at York’s Barbican Centre in December, where he is 26.00 to secure what would be a first ranking title.

He is then priced at 51.00 to lift next year’s World Championship trophy at the Crucible.