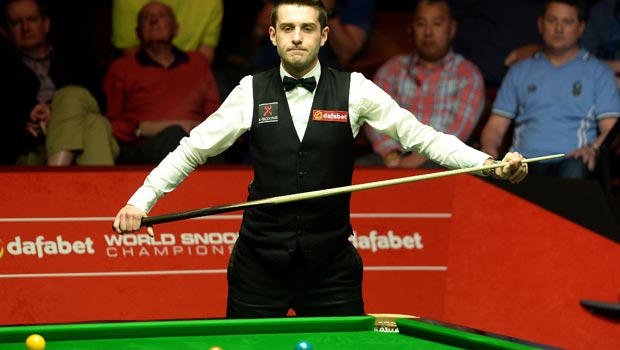 Mark Selby is hoping to enjoy the Dafabet World Championship final after overcoming Neil Robertson 17-15 at the Crucible on Saturday night.

Selby, 2.16 to win the 1st frame in the final, reached his second final in seven years and he will take on favourite Ronnie O’Sullivan who has been in sensational form throughout the tournament.

In the 2007 final, Selby was beaten by John Higgins and his luck could change this year after he managed to beat the former world number one. Robertson lost his spot at the top to Ding Junhui, even though the Chinese star exited the tournament in the first round.

After the opening session, the game was locked at 12-12 and Robertson edged in front just after play resumed. The Australian was then pegged back by Selby, and the ‘Jester from Leicester’ won four of the next five frames.

Robertson then hit a break of 108 to extend the contest but a brilliant 74 from Selby in the next frame game him the victory.

He admitted after the match that he will be up against it against O’Sullivan, but he is relishing the prospect of his second World Championship final.

“Considering the circumstances – and where we are, at the World Championship – it’s got to be definitely up there,” Selby is quoted as saying by BBC Sport.

“I don’t feel too bad at the moment. I’m sure I won’t sleep because of all the adrenaline but I’m going to go out there in the final and enjoy it.

“Ronnie’s a genius and doesn’t fear anyone. He’s played some great snooker in patches and he’s missed a few balls and people haven’t punished him. I know I’ll get my chances, but it’s a matter of whether I take them or not.”

O’Sullivan has cruised into the final, with his toughest match coming against Joe Perry 13-11. The 38-year-old can be backed at odds of 1.46 to have the highest break in the match.