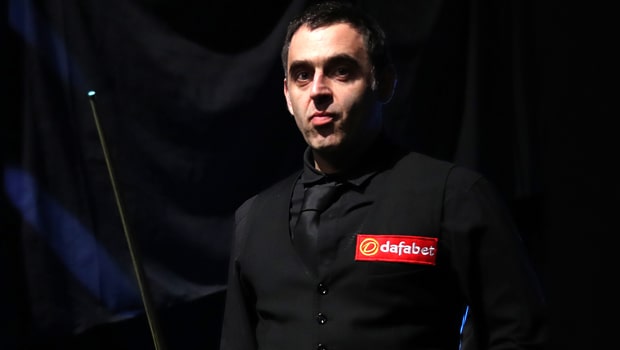 Ronnie O’Sullivan will be aiming to reach the semi-finals of the Dafabet Masters for the 14th time when he takes on Ryan Day in the last eight on Thursday.

The Rocket has been far and away the most successful player in the history of the tournament and he is bidding to win it for a record-extending eighth time this year.

The 43-year-old, whose last success at Ally Pally came in 2017, underlined his credentials with an impressive 6-2 victory over Stuart Bingham in the first round on Monday and he will fancy his chances of progressing further against world number 13 Day, who will be competing in just his third Masters quarter-final.

Day booked his place in the last eight with an impressive 6-5 victory over John Higgins, sealing the win with a break of 128 in the decisive frame, but he has not beaten O’Sullivan since their meeting at the China Open in 2011.

Indeed, O’Sullivan has won five of their seven previous clashes and he is priced at 1.15 to take the spoils once again on Thursday, while Day is available at 5.25.

Ding, who had fallen at the first hurdle in six of the last seven years at the Masters, thrashed debutant Jack Lisowski 6-1 in the first round on Monday and he will now take on another inexperienced player in the form of Brecel.

Indeed, Belgian Brecel only claimed his first ever victory at the Masters by beating defending champion Mark Allen 6-5 in the first round and he does not have a good record against Ding, as he has lost all four of their previous meetings.