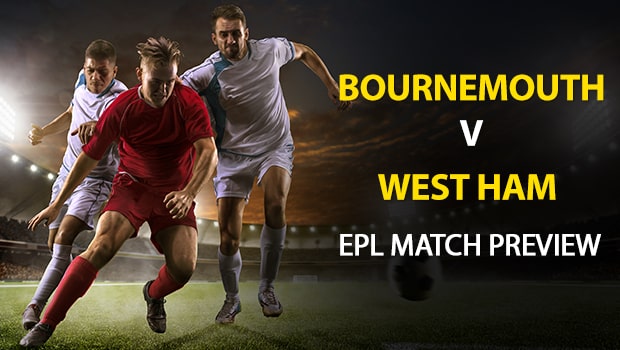 While it might not feature a star player or a fan favorite, this weekend’s matchup between AFC Bournemouth and West Ham at Vitality Stadium has some side value AccuScore data suggests jumping all over.

Draw: There’s a 27 percent chance the match ends in a draw. There’s a draw in 27.6 percent of AccuScore sims, suggesting no real added side value on the draw.

Referee Selected: Simon Hooper has been named the lead referee in this match. He has given out zero red cards in six games in the top flight.

Head to Head: These two sides last faced off in Premier League action in August 2018 when Bournemouth won 2-1. The previous matchup, in January 2018, resulted in a 1-1 draw.

Marko Arnautovic is projected to have a 35 percent chance to score for West Ham, averaging 2.33 shots overall per sim, 1.11 shots on goal per and 0.43 goals per sim.

There’s a 41.8 percent chance Bournemouth win this match. They, however, win close to 46 percent of AccuScore sims, suggesting some added side value on the pick. Bournemouth winning is a 2-star (out of four) AccuScore hot trend pick.