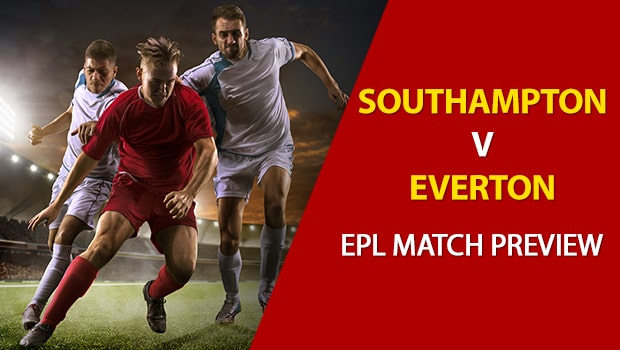 Southampton and Everton get set to meet this weekend in Premier League action and AccuScore has some value on the ‘dog in this one.

Draw: There’s a 29 percent chance the match ends in a draw. There’s a draw in 29.1 percent of AccuScore sims, suggesting no added side value on the draw.

Home vs Road: Southampton have won just one of their last 10 homes games in the Premier League. Everton has two wins in their last 10 on the road.

Total: On average, Southampton average 1 goal scored per match in their last 10 at home. Everton averages a similar 1 goal per match over its last 10 on the road.

The average combined score in AccuScore sims is 2.32 goals, indicating a pick on the under. There’s a 60-plus percent chance the game stays below 2.5 goals. The under is a 4-star (out of four) AccuScore hot trend pick.

Head to Head: These two sides last met in Premier League action back in August 2018 when Everton won 2-1. More recently they met in the League Cup in October 2018.

Gylfi Sigurðsson has a 33 percent chance to score for Everton. He averages 2.15 shots overall per sim, 0.71 shots on goal per and 0.4 goals per sim.

There’s a 35.5 percent chance Everton wins this match. All the side value is on Everton in AccuScore sims, though, as they win close to 44 percent of matchups. The side value is a 4-star (out of four) AccuScore hot trend pick.