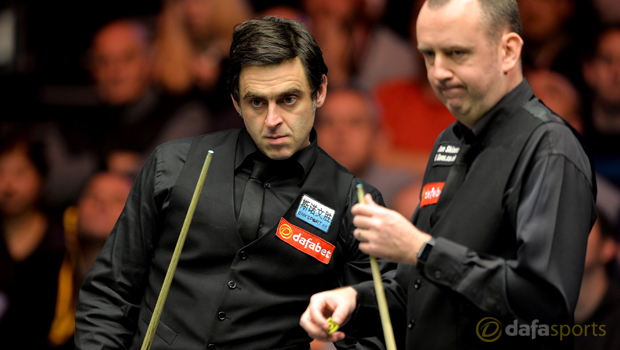 Mark Williams says Ronnie O’Sullivan remains a “country mile in front of any other player” in snooker ahead of their Dafabet Masters showdown in London on Tuesday.

The Welshman is making his first appearance at the Masters in three years and faces a familiar adversary in O’Sullivan, who is starting his first major televised tournament since the World Championships in April.

The Rocket took an eight-month sabbatical from the game after being eliminated by the would-be world champion Stuart Bingham in Sheffield.

He returned to competitive action last month in the German Masters qualifying where he overcame Pakistan’s Hamza Akbar 5-1, before going down 5-3 to world number 62 Stuart Carrington.

Williams says O’Sullivan is “nowhere near the player he used to be”, but that he is still well ahead of the competition.

“It’s just a freak how good he is,” Williams said.

“There’s not a player around that can play like him. He’s nearly 41 and he’s a country mile in front of any other player.”

Williams and O’Sullivan have seven Masters titles between them, the latter having claimed his most recent of five in 2014.

The Welsh left-hander, champion in 1998 and 2003, admits he could struggle to contain O’Sullivan in their best-of-11 first round clash.

“I’m going to enjoy this one probably more than I have done for the last few times that I’ve been here. My game’s OK but it’s not in really good shape compared to what I used to be,” he added.