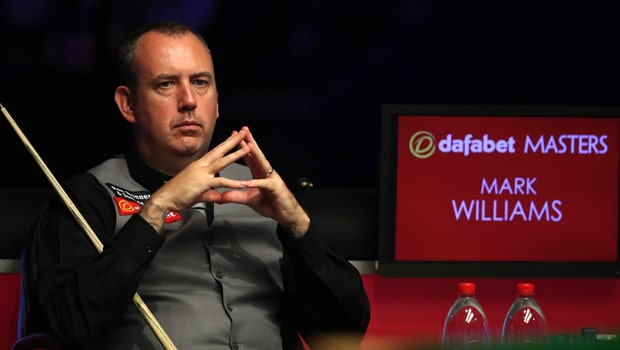 Reigning world champion Mark Williams will get his 2019 Dafabet Masters campaign underway when he faces Neil Robertson on Tuesday, while Shaun Murphy and Barry Hawkins will also face off.

World number two Williams enjoyed a memorable return to form during 2018, culminating in his victory over John Higgins at the Crucible in May, while he also tasted glory at this season’s World Open.

The 43-year-old knows what it takes to go all the way at the Masters although the last of his two successes in the tournament came 16 years ago when he beat Stephen Hendry in the final.

Williams’ first-round opponent Robertson also knows how to go the distance at the event as he was crowned Masters champion 2012, while he has also reached the final twice more since his maiden triumph seven years ago.

Robertson boasts an impressive head-to-head record against Williams, winning 14 of their 22 previous meetings, but it is the Welshman who is priced at 1.80 to advance on Tuesday, while Robertson is available at 2.00.

The day’s other match will also involve a former champion as world number 11 Murphy won at Alexandra Palace in 2015.

Indeed, Hawkins is the only player in action on Tuesday who is not a former champion although he was a beaten finalist in 2016 and currently sits four places above Murphy in the world rankings.

However, Murphy has won 11 of their 17 previous meetings and will be full of confidence after reaching the final of the Scottish Open in his final tournament of 2018.

Murphy is priced at 2.00 to advance through to the quarter-finals at the expense of Hawkins, who is available at 1.80.