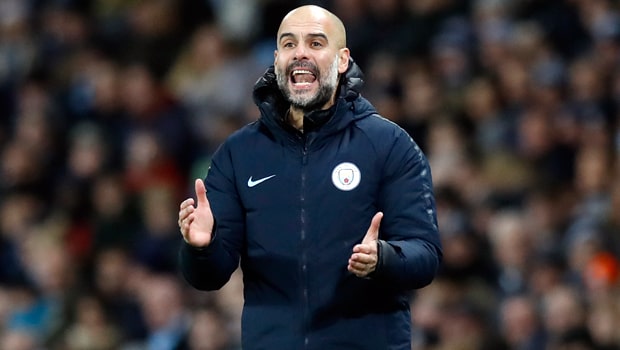 Manchester City beat Wolves 3-0 in the Premier League on Monday and boss Pep Guardiola was pleased to see his side close the gap on leaders Liverpool back to four points.

A brace from Gabriel Jesus and a Conor Coady own goal were enough to hand City their fifth consecutive victory in all competitions although they did play much of the match against 10 men,after Wolves had defender Willy Boly sent off in the first half.

Guardiola felt his side did what they needed to do to secure all three points but he did not see it as a vintage City performance.

“We were solid and didn’t give away many chances, so it is three points to keep the pressure on the team at the top of the table,” Guardiola told Sky Sports.

“We have played a lot of time with 10 against 11 and we should be more aggressive in our attacking play, but we have a lot of matches in our minds and our legs.”

City have bounced back from the dip in form suffered over the festive period, when they were beaten by both Crystal Palace and Leicester, although Guardiola feels it is normal for any side to suffer a bad run.

“When you have a league campaign, you can drop points. We have incredible numbers so far, but we can do even better,” he added.

“Of course we weren’t in our excellent moments against Leicester and Crystal Palace, but it is normal and we came back in the games after by creating chances and conceding few.”

Next up for City is a clash with managerless Huddersfield at the John Smith’s Stadium on Sunday.