Carty, Maflin, and Slessor all qualify for the World Championship 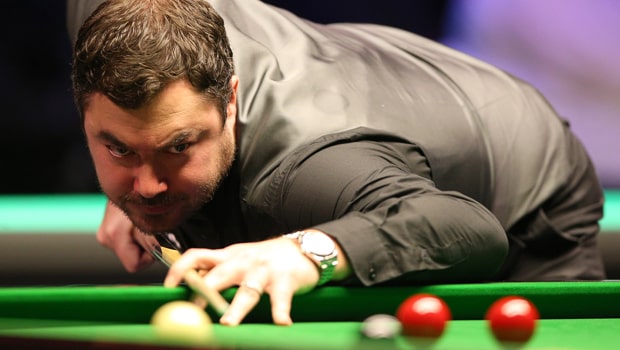 The first round of fixtures of the final round of the 2020 World Snooker Championship took place yesterday, with 8 already securing their place in the main event.

The final 16 matches of the qualifying rounds of the World Championship was scheduled to take place yesterday and today. Yesterday’s games saw many top snooker players face each other for the 16 spots that will play in the Crucible Theater.

Eight players were able to secure qualifications for the prestigious tournament. Ashley Carty, Kurt Maflin and Elliot Slessor were all in fine form yesterday, as they walloped their opponents to seal their spot.

2014 English Under-21 champion, Ashley Carry was up against Robert Milkins, who had earlier eliminated Jimmy White. It was a really tough encounter, and Milkins put up a good fight. However, it was 25-year-old Ashley Carty, who won the game 10-8.

Another incredible game was the match between the English-Norwegian snooker player, Kurt Maflin and Matthew Selt. Matthew Selt, whose current world ranking is 27, was a favourite to win this encounter. However, it was an easy ride for Maflin as he shredded Selt to a 10-1 thrashing.

2017 Northern Ireland Open semifinalist Elliot Slessor was also remarkable in his game against Martin O’Donnell. Slessor defeated Martin O’Donnell 10-3 in what could be described as a strategic massacre.

Other games saw Alan McManus see off Louis Heathcote to seal his spot,

Here are the fixtures for the next round four qualifying matches taking place today: