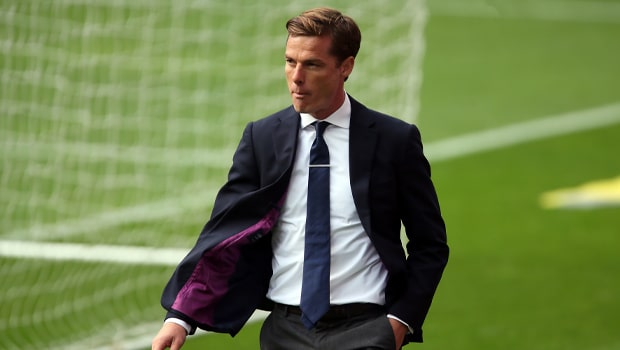 Fulham is now in the driving seat after winning the first leg of the semi-final of the Championship playoff 2-0 against Cardiff City.

This has brought excitement to the club’s manager, Scott Parker, who described the players’ performance as good.

Whites controlled the game from start to finish and scored two brilliant goals to put themselves in the driving seat with the hope of returning to the Premier League a season after they were relegated.

Although the first half was almost an even affair, the visitors went close twice with one of the closest being Tom Cairney’s curled long-range effort.

They eventually broke the deadlock four minutes after the restart through Josh Onomah, who produced a moment of magic when he danced his way past three statuesque Cardiff defenders to fire home the opener into the bottom corner.

Fulham continued the dominance from there to the extent that the hosts barely got a feel of the ball. The pressure eventually paid off as the sealed the result through Neeskens Kebano’ s added time free-kick, which was another superb effort.

After the game, Parker, who pointed pout that his side got their foothold of the match, said Fulham was worthy of the two-goal lead.

He further stated that the lads worked hard right from their concrete foundation to put themselves in good stead ahead of the return leg that will hold at Craven Cottage on Thursday. Having crossed half of the journey, Parker is confident that his lads will stand up to the challenge.

With the most work done way from home, the Cottagers are expected to make their route to journey easily, but they won’t be putting their legs off the gas.

They will be hoping to have their striker, Aleksandar Mitrovic, back in action. According to the coach, the Serbian picked up a little bit of a hamstring knock and was rested. So, he is expected to be back to lead the charge at home.