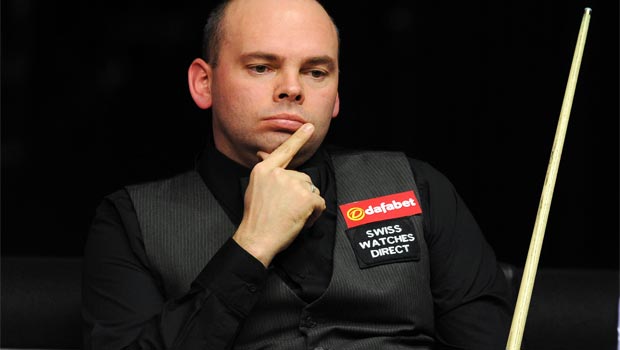 Stuart Bingham gets his Dafabet Masters campaign under way this evening against John Higgins.

Sponsored for the first time by Dafabet, the prestigious Masters snooker tournament returns to the Alexandra Palace for a third successive time after five years of being staged at the Wembley Arena.

The top 16 players in the world will battle it out on the baize for the winner’s cheque of £200,000, and although the likes of Mark Selby, Neil Robertson, and of course four-time winner Ronnie O’Sullivan will be popular choices to go all the way, a certain Stuart Bingham will fancy his chances of progressing to the quarter-finals at least.

Bingham has recently produced good snooker in the UK Championship and the Champion of Champions tournaments, and is seeded higher than tonight’s opponent Higgins, whose form has been patchy to say the least since his last world title success at the Crucible in 2011.

Yes, Higgins can produce his best form when it matters, but Bingham brings the best recent snooker to the table in a tie that begins at 7pm UK time.

Reigning world champion Ronnie O’Sullivan, who starts on Tuesday against Robert Milkins, bids to reach a staggering 10th final, and lurks in the same half of the draw as world number one Neil Robertson, who begins his assault with a tricky encounter against Northern Ireland’s Mark Allen.

However, the Australian has won six of their last seven clashes, and lines up on the back of his UK Championship victory in York.

Three-time winner Mark Selby is well to the fore in the outright betting, and former winner Ding Junhui will fancy his chances of doing well if he can get past the early hurdle of Shaun Murphy, a beaten finalist two years ago.

This would set up the possibility of an all-Asian quarter-final on Thursday if Hong Kong’s Marco Fu can get past Judd Trump.

All in all, a cracking tournament awaits, with outright and match betting available.