Liverpool: Reds all stoked up 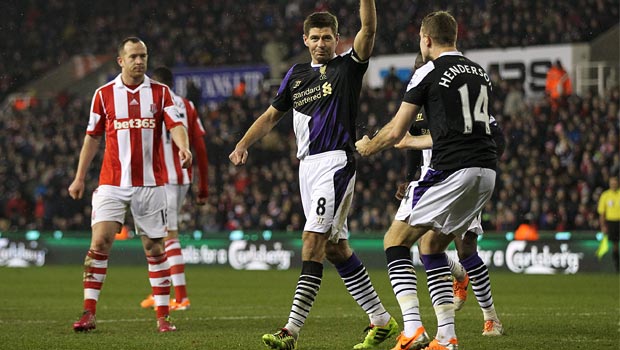 Liverpool will look to leap back into the top four of the Premier League later today when they visit Stoke City.

The Reds did not have the best Christmas, slipping to defeats at title rivals Manchester City and Chelsea, thus going from genuine title contenders to just top four aspirants in the space of a week.

However, the reality is that victory today would put them back into fourth spot and make them perfectly poised to make a sustained assault on the Premier League title, with home games against their main rivals still to come.

To ensure that they can keep the dream alive though, Brendan Rodgers’ side must not allow themselves to drop points at places like the Britannia Stadium, although they know from past experience that the atmosphere can be daunting.

Liverpool have won their last two games, against Hull in the league and Oldham in the FA Cup, and influential midfielder Philippe Coutinho believes that they can keep the momentum going.

“Our aim is to win every match, we know that we have a lot of very difficult matches but we start each match with confidence to win at all times.

“Every match is very difficult and in the away games, sometimes the home teams get very tight at the back.”

The young Brazilian and Jordan Henderson will both have key parts to play as they will have the task of providing defence-splitting passes to Luis Suarez, who, in truth, can win the match on his own.

However, despite not being in the best of form this season, Stoke City are hard to break down, and are now unbeaten in seven successive home games.

It promises to be interesting to say the least, but Liverpool have the much bigger incentive, and with pace up front from Raheem Sterling as well, that could be the key to unlock the Potters’ door.