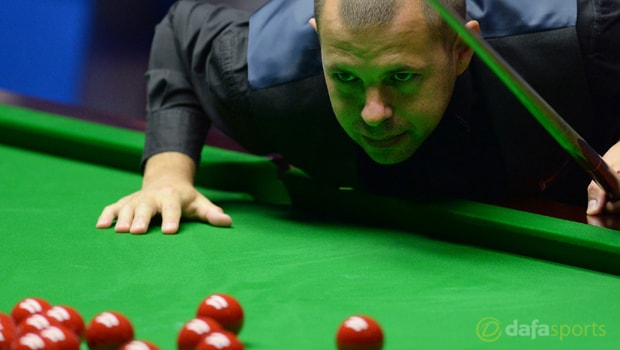 Barry Hawkins crashed out of the International Championship in Daqing on Monday at the first hurdle following a shock defeat at the hands of Jack Lisowski.

The world number eight was hopeful of enjoying a good run at the event in China, but he was made to pay for too many errors.

Hawkins, who is priced at 23.00 to win the 2017 UK Championship, had previously on lost to world number 47 Lisowski on one occasion, at the Player Tour Championship Finals in 2012, having won their four meetings since then.

However, Lisowski pulled off arguably the shock of the tournament so far to claim a 6-2 victory and he will now face Ricky Walden in the next round.

Walden saw off Peter Ebdon in their first-round clash on Sunday, which extended his run to three successive victories against the world number 39, as he edged the match 6-5.

Meanwhile, Judd Trump’s progression never looked in doubt after claiming a 6-0 triumph over Ian Burns to set up a meeting with Jimmy Robertson in round two.

Trump looks likely to be a contender for the title, which he lifted in 2012, and he insists he is confident of reaching new heights this season.

“My best season performance is winning two ranking events and if you are winning two titles a season it is pretty good going.

Having already won in Belgium, if I can get another one then the pressure is off and I can try to do what Ding Junhui and Mark Selby have done recently and win five,” Trump said.