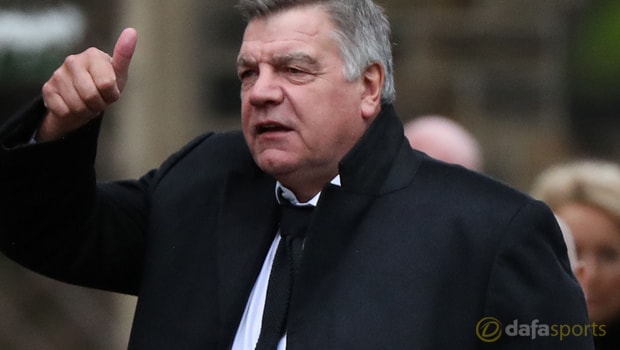 Sam Allardyce has confirmed that he would consider taking over at Everton if he receives any contact from the club as they look to replace Ronald Koeman.

The Toffees parted company with Koeman a week ago after falling to a 5-2 defeat at the hands of Arsenal, which saw them fall into the bottom three.

David Unsworth, who insists he would love to take over, has been placed in caretaker charge but Everton have lost to Chelsea and Leicester with him at the helm.

Everton are priced at 11.00 to be relegated and have been linked with a number of different candidates over the last week but they still appear to be no closer to naming a permanent manager.

Newcastle boss Rafael Benitez has ruled himself out of the running, while Burnley boss Sean Dyche has remained tight-lipped over making the switch.

Allardyce has been out of a job since leaving his post with Crystal Palace at the end of last season and the former England boss has also emerged as a candidate.

The 63-year-old insists he would consider the vacancy if Everton make contact and has outlined what he would attempt to do in order to stop the rot.

Allardyce said: “I’d have to consider that if that phonecall happens.

“There’s no point speculating at the moment. David Unsworth is in the chair, Joe [Royle] sat upstairs will have an opinion today [after the Leicester defeat] and from the Chelsea game.

“It’s really going to be tough for Everton to get out of that position. Not because the lads are not trying, but as a team collectively they can’t keep a clean sheet and can’t score a goal.

Those are the two problems, if you resolve one, you’ll end up resolving the other and that will start with the clean sheet.”