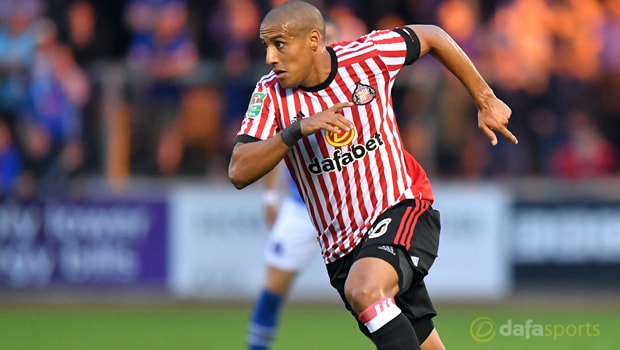 Wahbi Khazri says it “would surprise me” if he is playing for Sunderland in League One next season and he believes a summer transfer from the Stadium of Light will happen.

Tunisia international Khazri, who arrived at the north-east outfit in 2016 from Bordeaux, has struggled for opportunities since his switch to England, starting just 20 Premier League matches.

Sunderland’s relegation to the Championship resulted in a number of players leaving permanently or on loan, and the 27-year-old attacking midfielder was one of those to exit on a temporary deal.

The Ajaccio-born star joined Rennes on a season-long loan deal last summer and he has been in impressive form for the French club, scoring nine goals from 24 Ligue 1 appearances.

With the Black Cats being relegated to League One this term, and manager Chris Coleman getting the boot, it appears there will be another overhaul of the squad in the upcoming transfer window.

Khazri, who is still on big wages at his parent club, has revealed his intent to leave this summer and join a team playing European football.

“Sunderland are going down to the third division, so it would surprise me if I stay there,” he said.

“It is a possibility [staying at Rennes]. I am not closing any doors. I am open to everything and listening to everything.

“I think that my advisers had to contact the leaders at Rennes, but they do not necessarily keep me informed because they know that I have other priorities at the moment.”

Khazri will be in action on Sunday when Rennes play host to Strasbourg and the home side are firm 1.75 favourites to win, a draw is priced at 3.60 whilst the visitors are 4.50 outsiders.