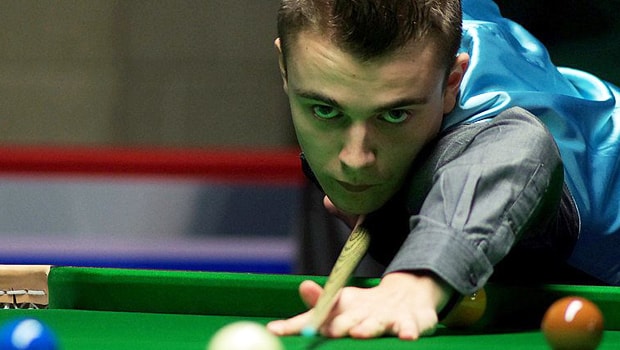 Alexander Ursenbacher produced a sensational performance at the Dafabet English Open to knock out Shaun Murphy in the fourth round and set up a quarter-final clash against Michael White.

Ursenbacher’s previous best result at a ranking event was a second-round appearance at the Paul Hunter Classic, Riga Masters and Indian Open – all which has come this season – but he has already smashed that statistic this week.

The 21-year-old defeated Anthony Hamilton, Gerard Greene and Stuart Carrington in the first three rounds before adding a fourth British scalp to his name in the shape of Murphy.

Switzerland’s star made breaks of 76, 82 and 123 en route to an impressive 4-1 victory over the sixth seed, who won the World Championship back in 2005.

This is arguably Ursenbacher’s biggest career win to date and he will be confident of booking his spot in the semi-finals of the tournament when he goes head-to-head against White on Friday evening.

Flying the flag for Wales, the 26-year-old edged past Thailand’s James Wattana 4-3 in the fourth round, a break of 91 in the decider seeing him over the line.

White has already tasted success this season when winning the 2017 Paul Hunter Classic and he is aiming for a third ranking trophy, having lifted the 2015 Indian Open.

This will be the first meeting between the pair and Ursenbacher is the 2.63 outsiders whilst his Welsh opponent is the narrow 1.44 favourite.