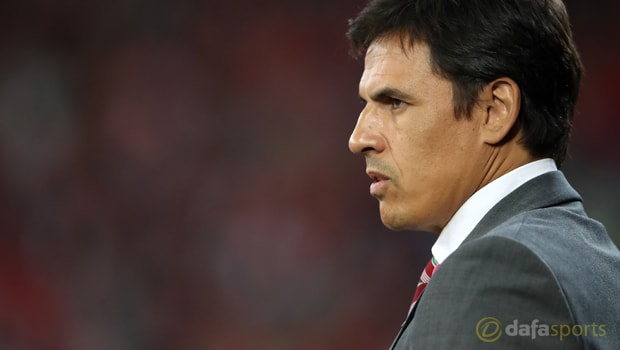 Wales manager Chris Coleman and Burnley boss Sean Dyche are the frontrunners for the Leicester City job after early favourite Sam Allardyce ruled himself out of the running.

Craig Shakespeare was sacked as Leicester manager just four months into his three-year contract and Allardyce, who has been out of work since leaving Crystal Palace at the end of last season, was immediately installed as the favourite.

However, when speaking to Talksport on Tuesday, the former England boss said although the job is tempting it has come at the wrong stage of his managerial career.

“As big a club it is and as much as I would love to manage Leicester, I don’t think it is time for me,” Allardyce said.

“I’m not ready. Having been in it so long and how I felt at the end of last season, I am enjoying my life too much.

“As big a club it is and as much as I would love to manage Leicester, I don’t think it is time for me.

Yes, it would interest me and yes I would take the Leicester job – but not at this time.”

Coleman, whose contract with Wales expires after the 2018 World Cup, has now moved to the head of the list and he could be tempted back into club management, having previously been in charge of Fulham, Real Sociedad, Coventry City and AEL.

Burnley boss Dyche has also been touted as a potential successor to Shakespeare while Alan Pardew has recently stated he would be interested in taking the position.

Ex-Borussia Dortmund manager Thomas Tuchel will not be taking charge as he aims for a more prestigious club while Roberto Mancini also looks unlikely to accept any offer.

Leicester, who have caretaker Michael Appleton in charge for now, return to action on Saturday with a trip to Swansea and the visitors are 2.60 to get the win, a draw is priced at 3.25 while the hosts are a 2.88 chance.