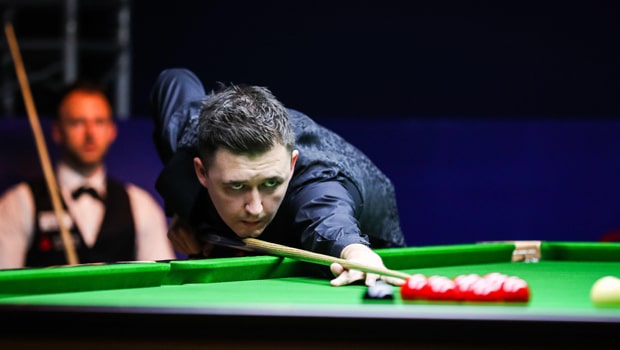 Stage Two draws for the 2021/22 Championship League has finally been confirmed.

It has been three weeks of intense action at the Morningside Arena in Leicester. The season-opening ranking tournament has finally moved on to the next phase. There are now 32 players still left in the hunt for the title.

The 32 group winners from Stage One has successfully advanced to the next phase, and have now been placed into another eight groups of four.

And as usual, the top-ranked player after the round-robin phase will progress. That means that only eight players will be able to feature in Stage Three at the end of the week.

There are so many top snooker competitors still in the mix who are gunning for the title. These include the reigning champion Kyren Wilson, and world number one Judd Trump.

Northern Irish snooker player, Mark Allen has been placed in Group B with Ricky Walden, Fergal O’Brien, and Peter Lines.

Kyren Wilson is aiming to win the Championship League for the third time in a row. The 29-year-old has been placed in a group alongside Ken Doherty, Matthew Stevens, and Oliver Lines in Group D.

Also, it was reported that six-time world champion Ronnie O’Sullivan withdrew on the morning of his Stage Two group and will now be replaced by Group 32 runner-up Mark Joyce.

Hence, Group H will be made up of Mark Joyce, David Gilbert, Craig Steadman, and Chang Bingyu.