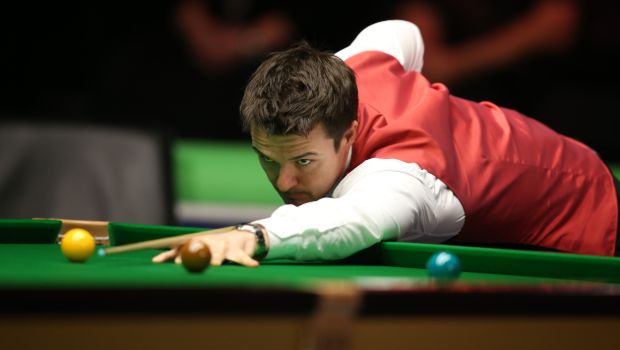 The Players Championship draw was mapped out on Sunday after Michael Holt emerged the victor at the Snooker ShootOut in Watford. Holt pocketed all £50,000 up for grabs and took home his maiden title. In addition to all of these, he also earned an enviable spot in the prestigious tournament at Southport scheduled for this week.

Holt shoved aside runner-up Zhou Yuelong on the one-year ranking list to etch his name onto the last qualification spot for the Players Championship draw.

The match-up between those two in the finals meant that Ronnie O’Sullivan, who was holding the 16th spot loosely on the one-year ranking list would be missing out on the Player’s Championship. Ronnie O’Sullivan might have won the last two editions of this tournament, but since the Coral series is based on only this season’s rankings, he would not be featuring via an automatic ticket.

Holt would be extremely excited about reaching the last qualification spot. However, he’s got a price to pay for that late inclusion. The 2020 ShootOut winner is poised to take on world champion and world number one, Judd Trump, in the opening encounter of the event.

As it is expected with tournaments of this nature, there are a host of juicy match-ups the fans would be treated to. One of such clashes is on between John Higgins and Graeme Dott. The fixture brings back memories of the UK Championship final. Could an act of revenge be in the pipelines? Elsewhere, Ding Junhui will be tried by Stephen Maguire while three-time world champions, Mark Selby and Mark Williams, will battle for bragging rights, as well as qualification into the next round.

Second seed, Shaun Murphy welcomes David Gilbert to the table. The winner of that tantalising tie is then poised to face either Thepchaiya Un-Nooh or Mark Allen.

Joe Perry would also be in action as he prepares to take on close pal and in-form Neil Robertson. The Austrian is the man of the moment and alongside Judd Trump lead the charge to the ultimate prize of £150,000. Elsewhere, Kyren Wilson stages a meeting with Yan Bingtao.