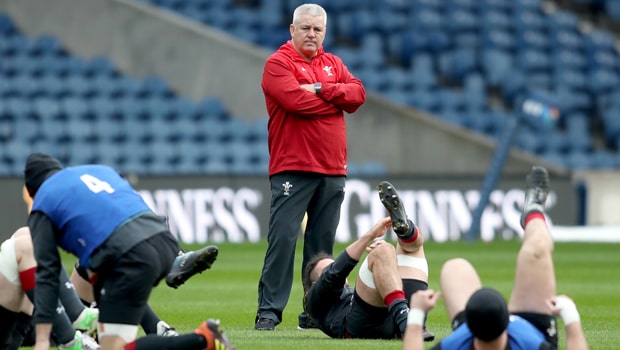 Wales Rugby national team coach, Warren Gatland has included the duo of Rhys Patchell as Wales’ back-up fly-half to Dan Biggar and Cory Hill in the final 31-man squad for the Rugby world cup in Japan in September.

Despite struggling with a small fracture in his leg which has sidelined for sometimes now, Lock Cory Hill will be on the plane to Asia, however Cardiff Blues Jarrod Evans, despite featuring in Saturday’s world cup warm-up loss to Ireland misses out.

Similarly, the trio of Scarlet’s props Samson Lee, Rob Evans; who was the first choice at Wales’ 2019 Grand slam campaign, and centre Scott Williams will not be part of the squad. However, Saracens’ Rhys Carre will be on the trip to Japan after debuting against the Irish as one of the five props. Also included in the squad as props are Nicky Smith, Tomas Francis, Dillon Lewis, and Wyn Jones

Meanwhile, Gatland revealed that reducing the squad down to 31 for the Rugby world cup was the toughest part of his duty considering the depth of the squad and the number of efforts put in by the training squad.

“We are really happy with the final 31, we feel there is an excellent blend to the squad, in terms of talent, experience and age profile and we are all incredibly excited about heading to Japan and what lies ahead,” Gatland stated after the release of the list. “These players have performed and delivered for Wales and deserve the opportunity to represent their nation at the game’s showpiece tournament.”

Wales will start their Rugby world cup campaign against Georgia on Monday, 23 September in Toyota City and then engage in further pool matches against Australia, Fiji, and Uruguay.