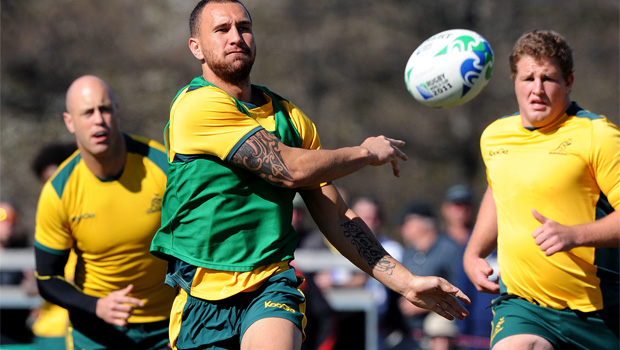 The Wallabies, beaten by the British and Irish Lions in their recent Test series, are beginning a new era under the former Queensland Reds boss.

After a heavy defeat to the All Blacks on home soil in the opening game, losing 29-47 in Sydney, Australia responded with a much improved display in the 27-16 reverse in Wellington two weeks ago.

Despite the losses, McKenzie is buoyed by what he’s seen and has called for patience from the fans, as the players adjust to a new style.

The 48-year-old said: “The mindset of the players has been pretty good. I’ve got a pretty committed group of guys who are trying to do everything right and who are actually trying to get in the same space.”

He added: Time will develop the instincts around how we want to function under pressure. It’s hard to fake that. The more we spend time together the better that will become.”

Even though McKenzie has been relatively pleased with the players’ commitment, he won’t rule out making changes for Saturday’s meeting with the Springboks in Brisbane.

Quade Cooper, who has not played a Test since last September, is being tipped in the media to return at fly-half at the expense of the Brumbies’ Matt Toomua.

Jesse Mogg could be another to miss out, after struggling against the All Blacks, with calls for Israel Folau to be moved from the wing to full back.