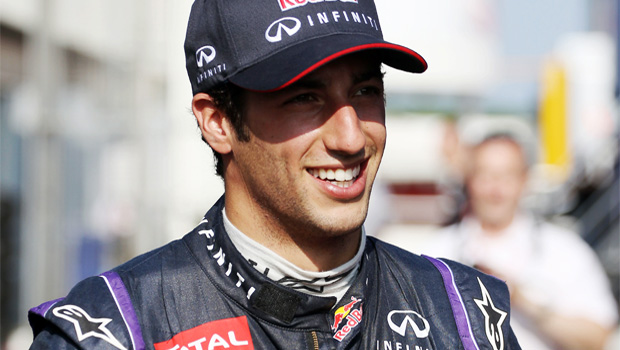 Daniel Ricciardo feels he is ready to cope with pressure of expectation on his shoulders, after being named as Red Bull successor to Mark Webber.

Months of speculation finally came to an end earlier this week, when the Toro Rosso driver was selected as the man to replace Webber in the 2014 season.

Red Bull officials appear to have chosen Ricciardo ahead of former world champion Kimi Raikonnen – in the process paying the Australian a huge compliment.

But the 24-year-old is well aware of what is expected of him at a team that has dominated Formula One over the last three years.

Although he has been driving a weaker car, Ricciardo has not yet finished on the podium in F1 and that is a worry for some Red Bull followers.

In fact the Australian’s best finish is seventh in this year’s Chinese Grand Prix and last year he finished 18th in the Drivers’ Championship.

Ricciardo accepts it is a big step up and feels a ‘strong finish to the season’ for his current team will help him next term.

The man from Perth stated: “Next year I’ll be with a championship-winning team, arguably the best team, and will be expected to
deliver. I’m ready for that.

“I’m not here to run around in 10th place, I want to get the best results for myself and the team. It will be a great challenge to be up against Sebastian Vettel…I’m looking forward to that.”

Red Bull chief technical officer Adrian Newey has likened the team’s decision to promote Ricciardo to that of his former team Williams, when they replaced Nigel Mansell with Damon Hill in 1992.