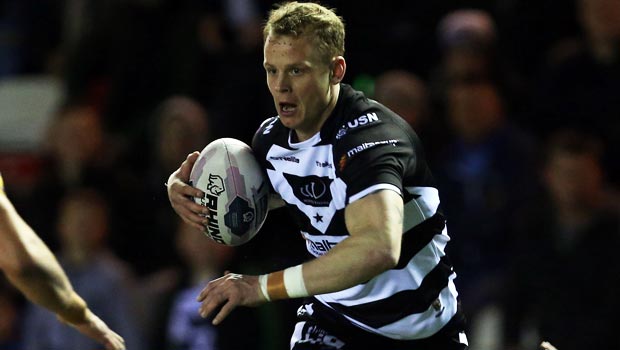 Widnes talisman Kevin Brown has rejected the suggestion his side are in the midst of a crisis period.

The Vikings are currently in eighth spot in the Super League table, the final play-off place, but their form of late has been abysmal.

Widnes have managed just two wins in their last nine Super League games and could drop out of the play-off places if they are beaten by in-form Wakefield on Thursday and Hull KR come away from Leeds with a win on Friday.

Brown insists the mood in the Widnes camp remains positive and is confident results will improve sooner rather than later.

“There is no panic,” the half back told the Daily Star. “We were never naive enough to think that we wouldn’t have a bad patch.

“But it is important how we react now. We are sticking together and pretty confident.

“From the start of the season we put ourselves in a good spot and we do not want to waste that.

“We think it is an easy fix and we can get back on a good run. But we know the Wakefield game is massive for us.”

Widnes slumped to a 40-20 defeat at home to Castleford last time out and have only managed one win in their last five games, against rock bottom London Broncos.

Wakefield head into the clash in impressive form and are unbeaten in their last four Super League games, including victories over Grand Final contenders Leeds Rhinos and Wigan Warriors.