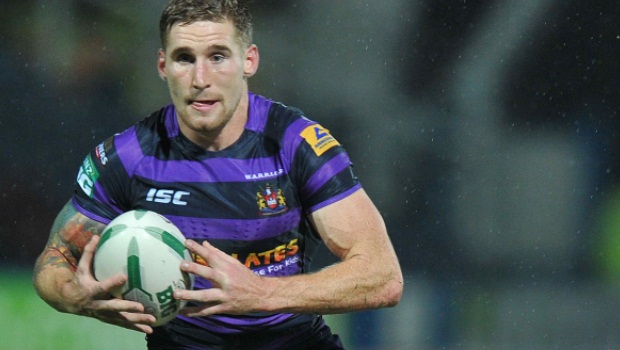 Tomkins is set to play his last game for Wigan before he heads off to join the New Zealand Warriors in the NRL and he is hoping to go out on a high.

The England ace believes Wire half-back Briers could spoil the party and he is someone they will have to nullify if they are to lift the trophy at Old Trafford.

“Lee Briers pulls all the strings,” Tomkins said. “He’s very good at organising so he’s one you’ve got to keep quiet.

“But I think the game will probably be won and lost in the forwards.

“We’ve got Micky McIlorum who I’d say is the best nine in the league and the toughest bloke I’ve ever met and they’ve got some smart hookers as well in Micky Higham and Michael Monaghan.

“There are some big sets of forwards who are going to be clattering into each other and I think whichever pack get on top will have a big say in which way the game tilts.”

Wigan will also be bidding farewell to Pat Richards and Lee Mossop and Tomkins believes the clash with Warrington, who they have not met in a final for 23 years, has all the makings of a classic.

“It’s been a long time and it seems like this is the final that everybody wants,” he added.

“Certainly my family, because they’re from Warrington, have told me they wanted it and personally I did as well.

“Leeds have done very well in getting here a number of times in the last few years but this is the one that neutrals wanted and I think it’s going to be an absolute cracker.”