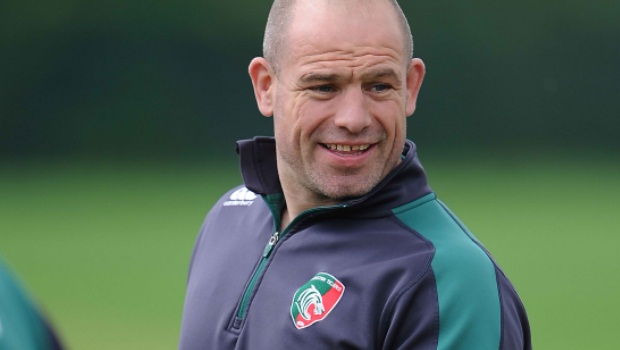 Leicester Tigers handed a new five-year deal to director of rugby Richard Cockerill and believe he is the man to bring even more success to the club.

Cockerill has led the Tigers to three Aviva Premiership titles and the LV=Cup during his time in charge, and he has also overseen five successive Premiership finals and a Heineken Cup final.

It is an impressive record and it’s easy to see why Leicester officials were keen to tie him down to a new long-term contract.

“Richard Cockerill is a key part of the Leicester Tigers and we’re delighted he has agreed terms on a new long-term contract,” Tigers chairman Peter Tom said.

“Cockers played for the club and is very much part of the Tigers family. He knows all about the Tigers culture and how to be successful here both as a player and a coach.

“Stability and continuity are extremely important in any successful organisation and, given the challenges of player availability, injury, selection, recruitment and the general ups and downs of professional sport, we see him as the man to continue to drive the team forward.”

Cockerill is also delighted to have committed his future to the club he made 262 appearances for as a player, and is looking forward to the future.

“This club has been a huge part of my life for a long time now and it is a unique place in professional club rugby,” Cockerill said.

“I am very passionate about the Tigers and in wanting to continue the club’s success. We talk a lot with the players and staff about loyalty and commitment to the club, and that is something I feel strongly about too so I’m very happy to be able to agree a new contract here.

“Everyone here wants to be the best they can possibly be and we drive each other on. There is fantastic support for the team wherever we play, we have top-class players, a strong coaching team and very good backroom staff who all work very hard for the greater good of the club.”