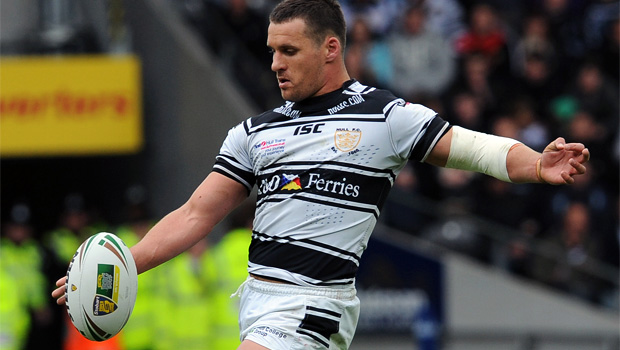 Castleford Tigers have signed former Hull half-back Brett Seymour, who has penned a one-year contract with the Super League club.

Seymour left Hull earlier this year as he battled with off-field problems which resulted in him spending time in the Sporting Chance Clinic where he was treated for depression.

The former Brisbane, Cronulla and New Zealand Warriors man was released from his contract at the KC Stadium in April and after spending time away from the game is now ready to return.

Seymour says he is now back on track in his personal life and is looking forward to repaying Castleford for the faith they have shown in him.

“The way it ended at Hull wasn’t nice but I’ve got things sorted in my personal life which is the main thing.

“I’ve got to prove a point and that’s out on the paddock. I’m healthy, raring to go and ready to be back playing and I’m happy to be here at Castleford.”

Following the departure of Rangi Chase to Salford, the Tigers have been on the look-out for a new half-back and Seymour could fit the bill perfectly.

Powell has been impressed with the player so far and believes he will be a great addition to the Castleford ranks.

“Brett is a quality individual who I have been really impressed with after meeting him,” Powell said.

“He is excited by the opportunity of playing at Castleford and his game will be ideally suited to the way we want to play next year.

“I am really looking forward to working with him next season. I know that he has a lot to prove, but that brings out the best in people and I am confident that it will in Brett.”