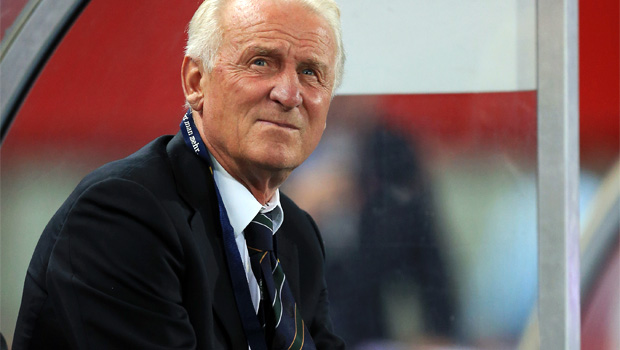 The Republic of Ireland and Giovanni Trapattoni have parted company after Tuesday night’s 1-0 defeat in Austria all but ended their hopes of making World Cup finals in Brazil next year.

Trapattoni has paid the price for a disappointing qualifying campaign and, following a meeting with the FAI, it was decided the Italian along with assistant Marco Tardelli would leave by mutual consent.

The 74-year-old took charge in 2008 and was unlucky not to guide the Republic to the World Cup finals in South Africa in 2010 after losing a play-off to France, which was decided by the Thierry Henry handball controversy.

They had more luck when making Euro 2012 with a play-off win over Estonia but struggled in the tournament and they lost all three group games against Spain, Italy and Croatia.

The World Cup qualifying campaign started badly with a 6-1 defeat against Germany and defeat against Austria was effectively the final nail in the coffin.

“I want to thank everyone in Ireland who has given us their support during our time here which has always meant a lot to us,” Trapattoni revealed.

“We leave this country with emotion because we understand the Irish supporters who have a well-deserved international reputation and they have our utmost respect.”

Martin O’Neill is now one of the favourites to replace Trapattoni and FAI boss John Delaney says whoever takes charge has a good platform to build on and take the nation forward.

“We thank Giovanni Trapattoni, Marco Tardelli and Franco Rossi for the last five and a half years during which we qualified for our first major tournament in 10 years and were close to qualification for 2010 World Cup in South Africa after the play-off in France,” he said.

“This particular World Cup campaign has been disappointing, but Giovanni leaves us with a group of good young players which should form the basis of the squad that the new manager will use for the European Championships in France 2016 when 24 teams qualify.”