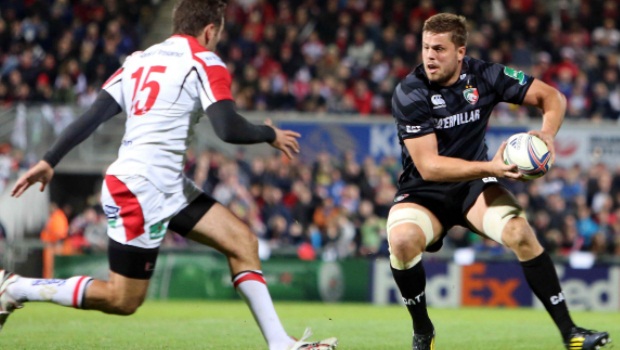 Leicester had to be content with a losing bonus point in their opening Heineken Cup clash with Ulster after the home side fought back after falling behind to an early Logovi’i Mulipola try.

The Tigers had to rely on replacement Owen Williams landing a penalty with the last score of the night to land the bonus point so their miserable record at Ravenhill continues as they have now lost all three European matches they have played there.

Leicester assistant coach Paul Burke was not too disappointed with the result and said the losing point is a better result than they have had in the past.

“Any point at Ravenhill we’re really pleased with, to come to Ravenhill it is a difficult to play, previous years have proven if you don’t win your away games you need to pick up a bonus and we did that,” he said.

“It is probably what we deserved out of the game after going nine points, the resolve and the character we showed to get ourselves back and for Owen to kick that penalty to get us that bonus point was an outstanding effort from everyone.”

Leicester’s next match is on October 18 when they host Treviso in Pool Five.

Ulster coach Mark Anscombe felt it was job done and he is now concentrating on the tough trip to in-form Montpellier next weekend.

He said: “They (Leicester) might be happy with a point but our objective was to get four points and we achieved that, each week and each game we play that is our objective and if we stick to doing that we’ll come through.

“We’re happy with the four and there is only six games and you have to win your home games to be there at the end of the day and we have won our first one, we’ll enjoy that and then we’ll start to think about our trip to France next Saturday.”