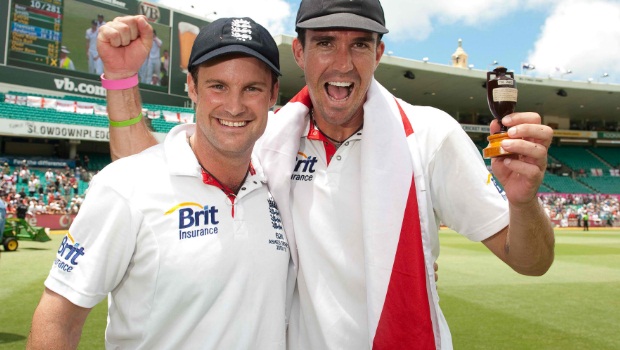 Former England captain Andrew Strauss is refusing to get drawn into a battle with Piers Morgan after comments he made in his autobiography were singled out by the journalist.

Strauss stated English players needed to participate in the Indian Premier League if they were not to fall behind the rest of the world, with Morgan then accusing Strauss of double standards, claiming he made a fuss about Petersen being in the IPL and now wants others to take part.

The former skipper though has made the move to try and explain himself, saying: “The point I was trying to make is I think there should be a window for the IPL, I think the ECB (England and Wales Cricket Board) should look to create that.

“But until there is a window, there’s no way. It creates a horrendous precedent if someone misses a test match to play in the IPL.”

Meanwhile Strauss, who led England to Ashes victory in 2010-11, believes the English feeder system to develop upcoming players is good enough to maintain the team’s strong position in international cricket for the foreseeable future.

He also backed England to retain the Ashes in the forthcoming Test series in Australia next month.

“There’s no reason why England can’t be a real power in international cricket for a long time to come.”

The Ashes series begins next month with the first Test taking place in Brisbane on November 21.