Posted by OLADIPUPO MOJEED on November 5, 2020 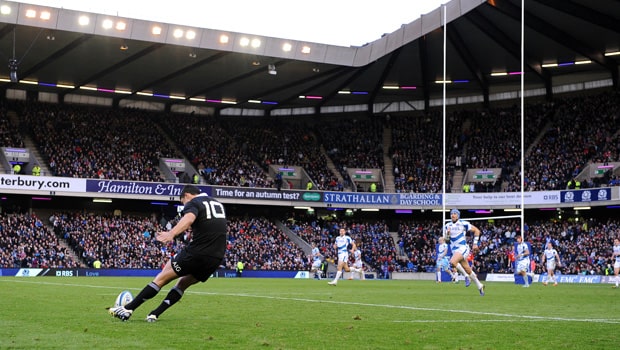 World Rugby champions, South Africa, are now committed to the Rugby Championship until 2030.

Due to the COVID-19 pandemic, the Springboks had to withdraw from the 2020 tournament, emphasizing fears over player welfare.

South Africa may likely join the Six Nations in 2024 after the next World Cup, but welcomes plan to restructure the tournament. Part of the restructuring will have New Zealand, Australia and Argentina as part of the competing countries.

The South African Rugby chief executive, Jurie Roux said the body is looking forward to seeing the new strategic plan for the competition.

Having such countries will make the tournament to have international flair.

According to reports, all South Africa, New Zealand, Australia and Argentina Rugby want is that the home-and-away format is replaced with a “mini-tour” schedule.

The proposed revised format further shows that a team will host another nation for two matches one year, and then play an away double-header against them the following year.

Sanzaar chief executive Andy Marinos said such is the re-commitment of the four unions for the future of the international game He added that this would bring about a new direction for both organisations over the coming years.

Due to the COVID-19 pandemic, South Africa has not played a single game since winning the Rugby world cup. The pandemic led to the cancellation of the 2020 Rugby season as well. So, the remaining embarked on a Tri-Nations Series, which began on 31 October. New Zealand recently defeated Australia 43-5 in Sydney.

It could be recalled that there have been talks in September by South Africa’s four Super Rugby sides about joining an expanded Pro14.

New Zealand, Australia and South Africa had played their domestic competitions for this year due to COVID-19.

Roux who noted that the country’s domestic focus had to change said there remains a long history with the All Blacks and Wallabies.

He added that since there still exists a long-standing friendship with the Pumas, South African Rugby is looking forward to more world-class Test rugby.