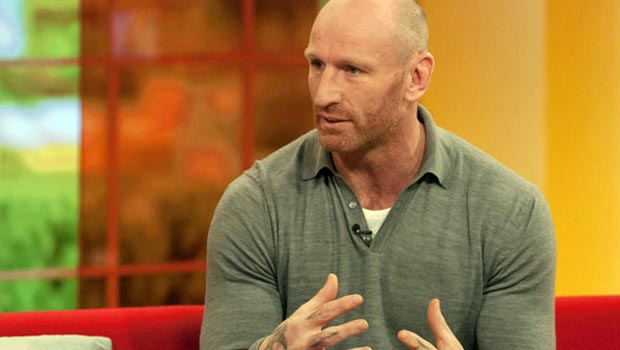 After re-establishing their Twickenham home as something of a fortress during the recent Six Nations tournament, host nation England are now being backed to be serious challengers at next year’s World Cup by former Wales star Gareth Thomas.

England won both their home games – against eventual champions Ireland and Wales, to finish runners-up for the third year running.

Former Wales captain and cap centurion Thomas has not only been impressed by the performances of Stuart Lancaster’s team but also the atmosphere generated in the stands by the normally staid Twickenham crowd.

“I noticed a big difference at Twickenham when I was there for the Wales match,” said Thomas, who is an ambassador for Wiggle Etape Cymru. “In my playing days, it was one of the toughest places to go because England were such a strong side.

“The atmosphere, though, used to be a bit dull and corporate. Not anymore. There was a passion about the place you associate more with the Millennium Stadium and it really struck me.

Stuart Lancaster has made a conscious effort to get the players to engage with the fans, starting with the long walk from the coach to the dressing room, and they will be very difficult to beat at Twickenham in the World Cup next year.

“I thought England were the best team in the Six Nations, beaten ultimately by the bounce of the ball in Paris. They have developed a great blend of players with a number in reserve and their curve is definitely going upwards.

Italy are normally difficult to break down in Rome and to score 50 points there is a notable achievement. It was not quite enough, but they can take a lot from the campaign.”

England will play Australia and Wales and two as yet unknown qualifiers at next year’s event. In all probability they will be joined by Fiji and Russia in Pool A.