Formula One: McLaren will be up to speed by Spain 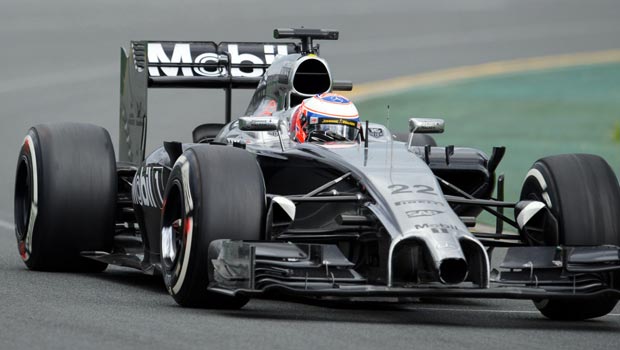 McLaren will be focusing on developing the speed of their car in the coming months as they look to build on an encouraging start in the season’s opener in Melbourne.

Kevin Magnussen and Jenson Button both achieved podium finishes Down Under, the British driver having been promoted to third place after original runner-up, local favourite Daniel Ricciardo, had been excluded for a regulation breach. As a result, McLaren top the constructors’ championship on 33 points after the first race.

From Australia the Formula 1 circuit heads to Asia over the next two months, taking in pit stops at Malaysia, Bahrain and China along the way before the first European leg takes place in Spain on May 11, by which time McLaren hope to be fully up to speed.

Magnussen finished about 25 seconds behind eventual winner Nico Rosberg, and the gap could have been bigger had the safety car not slowed things up.

“It’s true that Mercedes and Williams have some pace, [they are] maybe half to three-quarters of a second quicker than the rest of the field,” McLaren Racing Director Eric Boullier said after the race in Melbourne.

“We focused a lot of our testing on building a solid and reliable car as we believed – and Australia confirmed our strategy – that reliability was the key to taking big points at the beginning of the season.

“Now we are pushing very aggressively on performance development – we need to close the gap to Mercedes and some others.
“Our target is to catch up by Barcelona and build up over the first few races in Europe.”

He said: “The team wouldn’t have employed someone they didn’t think was going to be good,” the Brit said.