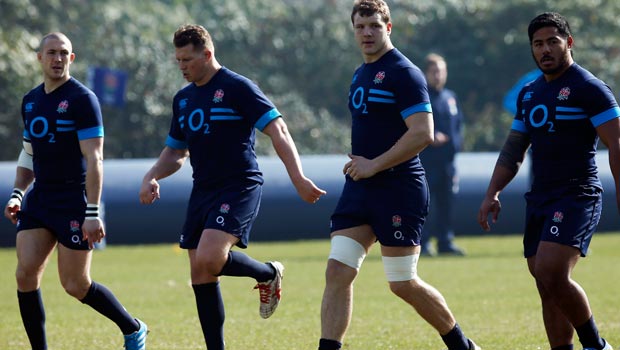 England’s starting line-up will be unchanged for their final must-win Six Nations game against Italy at the Stadio Olimpico on Saturday.

Coach Stuart Lancaster has rewarded the players who ended Wales’ Six Nations aspirations at Twickenham on Sunday thanks to a 29-18 victory as they head to Rome knowing a win is needed if they are to pick up their first championship crown since 2011.

A win might not be enough if Ireland win their final game in France because the Irish’s superior points difference will see them win the title in that scenario.

However, England will go all out to do their job and hope the French – who could win the Six Nations should they win and England lose in Italy – can do them a favour in the later kick-off in Paris.

Despite England’s XV being unchanged, there is one switch on the substitutes’ bench as British & Irish Lions centre Manu Tuilagi returns from a chest muscle injury he suffered playing for Leicester in September to replace Alex Goode.

Lancaster said: “Manu trained well with us last week and is up to speed with the way we want to play. Alex Goode has done well for us off the bench and is naturally disappointed but we believe Manu, with the power and physicality he can bring, is the right choice to be included in the 23 for this game.”

He added: “It’s great to be able to name an unchanged XV and we have been able to achieve consistency of selection from a very competitive squad this campaign.

“The Wales result was very significant for us but we need to finish the tournament well in Rome.

“We have had a tight turnaround and the key this week has been to manage the players’ recovery and get them in the best shape for what will be a tough match against Italy.”