Golf: Webb Simpson back on track in Vegas 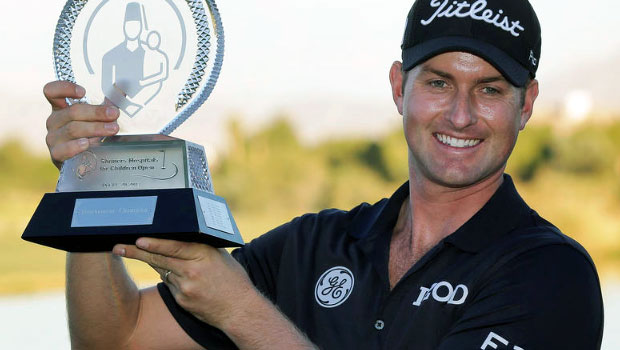 Simpson held a four-shot lead going into the final round but extended that to six come the end of play as he carded an impressive five under par 66 to wrap up the win.

It was Simpson’s first win on the PGA Tour since claiming victory in the US Open last year, and he is delighted to have finally broken his duck for 2013.

“It means the world. This year, I felt like I’ve gotten better, just hadn’t got the win. We’ve been working hard,” he said afterwards.

The American got the final round off to a great start when picking up birdies at the second and third holes but was pegged back when three putting the 12th for a bogey.

Simpson was just three shots clear of Jason Bohn at that stage but then notched birdies at the 13th, 15th and 16th to finish on 24 under.

“I was playing good, solid golf, I didn’t look at the leaderboard all day but the course was drying out and I knew it was playing tough,” he added.

“That three-putt there set me back a bit but it was nice to birdie 13 and make a couple of more birdies, which was a good feeling.”

Bohn ended up six shot back, tied for second with Ryo Ishikawa on 18 under, while Charley Hoffman finished a further shot back.

Fellow Americans Luke Guthrie and Troy Matteson finished in a tie for fifth along with compatriots Charles Howell III and Chesson Hadley.