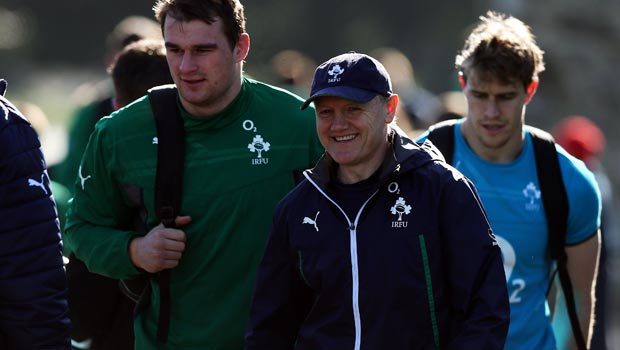 Ireland coach Joe Schmidt can choose from a full squad as he prepares to oversee the victory in Paris that would almost certainly secure the Six Nations championship.

It is 29 years since Ireland last won the Six Nations, and what better time to end the drought than in the same year that legend Brian O’Driscoll decides to call time on his international career.

Since losing out 13-10 to England, the Irish have bounced back with three successes, and know that a win over France in Paris on Saturday would realistically be enough, with the Red Rose needing a landslide score against Italy and a favour from the French to have any chance of causing an upset.

Munster’s Peter O’Mahony returns from injury to take his place in the back row in place of Iain Henderson, while Ian Madigan is on the bench.

At first glance the statistics are against Ireland who have triumphed in Paris just once in 42 years, that was in 2000 when O’Driscoll scored a hat-trick. However, captain Paul O’Connell is not worried at all by that fact.

“We don’t dwell on the past. It’s something you’re probably aware of but at the same time we’ve been playing some really good rugby,” he said.

“We go there with a realistic amount of confidence knowing how good France are, but we’re in a good place. It’s a great position to be in. You want to go into the last game with your destiny in your own hands. It’s a brilliant opportunity.”

France only just beat Scotland last week, and the press went to town on them, but Ireland coach Schmidt knows there is nothing worse than a wounded tiger.

“We’re conscious that the French press have been pretty tough on the French team and it probably doesn’t help our cause to be honest, there’s nothing worse than an angry French team,” he added.

“When external forces start to put pressure on a group, it tends to galvanise them and they potentially come out and perform and we’ve seen French teams do that before, that is the type of talent they have.”

While it is probably too much to expect for O’Driscoll to score another hat-trick, victory, even a narrow one, will be cause for celebration.