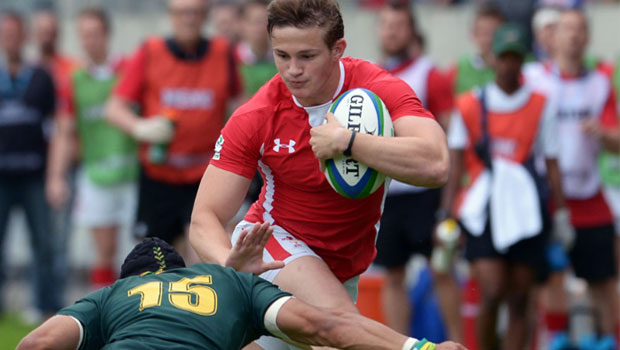 Dragons wing Hallam Amos could make his Wales debut against Tonga on Friday after being named in a much-changed squad from the one that beat Argentina.

Wales comfortably beat the Pumas 40-6 last weekend, but coach Warren Gatland is very likely to ring the changes ahead of Friday’s clash at the Millennium stadium, with only the likes of Leigh Halfpenny, George North, Justin Tipuric and Rhodri Jones expected to keep their places.

With Australia still to come later this month, the Six Nations champions have injury problems to contend with, including new cap Cory Allen, who dislocated his shoulder against Tonga.
And with a shortage in midfield to call on, Gatland looks certain to give 19-year-old Amos his first cap.

The Stockport-born medical student has represented Wales Under-20s and is a useful utility player as he can play at full-back and on the wing.

If half-back James Hook is given his first Wales start for more than two years, it would be Gatland’s third outside-half of the autumn series already after Rhys Priestland, who lined up in the defeat to South Africa, and Dan Biggar who was used in the Argentina victory.

Meanwhile, prop Paul James is expected to play against Tonga, but his club side Bath need him for the Premiership match against Wasps on November 24, so he will not figure in plans for the Australia game the following week.

Friday’s match against Tonga kicks off at 7.30pm UK time.