Mike Brown: Owen Farrell will lead from the front 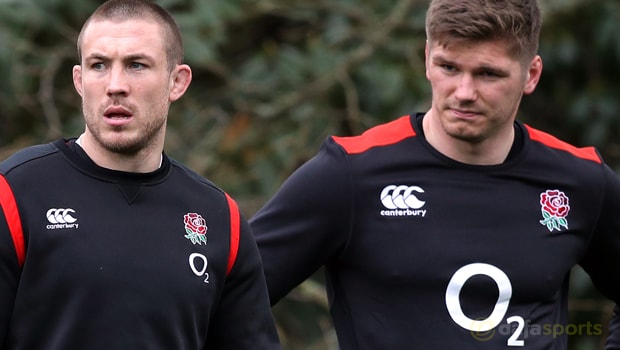 England full-back Mike Brown has piled the praise on captain Owen Farrell and insists he will lead from the front during the first Test against South Africa on Saturday.

Eddie Jones’ men will be captained by Farrell for the three-Test series against the Springboks, with the first game taking place in Johannesburg.

Farrell could push himself into contention for the role ahead of the 2019 World Cup, with hooker Dylan Hartley still struggling with concussion problems.

Some sections of the press have always claimed Farrell would be the next to lead his country and Brown believes it will bring the best out of him.

Farrell heads into the Test on the back of another Aviva Premiership success and Brown insists he cannot wait to play alongside the fly-half.

He told Sky Sports: “Owen is a great leader. He energises the group through the way he trains and the way he drags people along with him, his physicality and his standards.

“I’ve played alongside him for a number of years now, so I’ve known him a long time and I’ve seen how he has progressed as a person and as a player.

“I love his aggression and his physicality. I can feed off someone like that. He never takes a backward step and always leads from the front. That’s the sign of a great leader.

“If I see my captain standing on the front line and leading from the front in terms of their physicality, energy and their standards, that is enough for me.

“But obviously he will be doing a lot of the talking as well.”