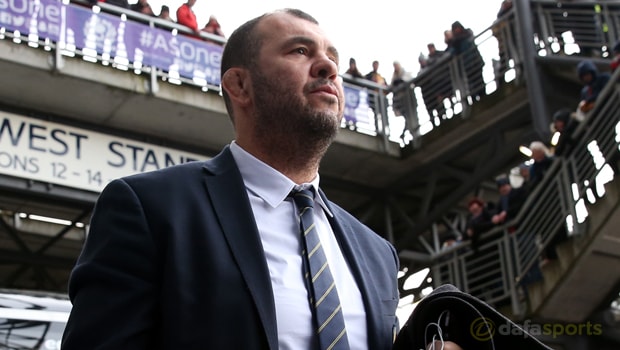 Wallabies coach Michael Cheika feels next month’s three-Test series with Ireland will be a useful gauge as to how far his team has progressed in the last two years.

Australia were swept aside 3-0 by England in a similar series in 2016 on their own patch, when Eddie Jones’ team had just come off winning a Six Nations Grand Slam.

Now it is Ireland that travel Down Under having swept before them in winning the Six Nations crown.

Cheika, who formerly managed Irish province Leinster, knows what to expect from Joe Schmidt’s team and he feels it is the ideal barometer to see how far his own team has come as they get closer to next year’s World Cup in Japan.

Cheika has blooded 20 new players in the Test arena since Australia finished runners-up to New Zealand at the 2015 World Cup.

“It’s going to be tough,” he added. “But we’re looking forward to putting ourselves up against a contrasting style of play.”

Kiwi Schmidt is no stranger to Cheika, but the latter very much has his eye on taking some gloss off a strong season for the second-ranked nation in international rugby.

“They are obviously very well coached, they’ve got a clear and coherent plan they want to deliver and they deliver that plan every week,” he added.

“That’s what’s got them to number two in the world and it’s a place that we’ll be looking to cut them down from when they come over here.”