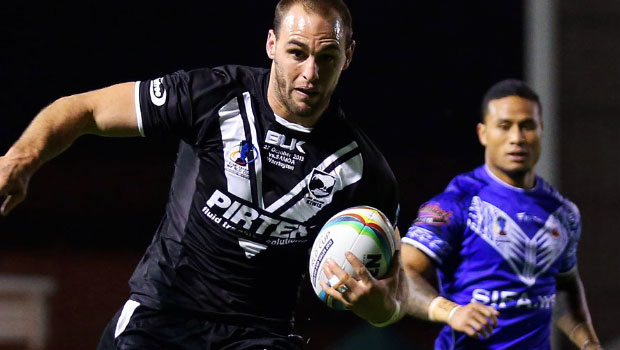 New Zealand captain Simon Mannering is demanding a big improvement as Samoa gave them a big fright in their opening game of the Rugby League World Cup.

The Kiwis began their title defence with a 42-24 victory over Samoa, but it was much closer than the scoreline suggests and Mannering was far from happy.

New Zealand looked on course for an easy victory in Warrington as they romped into a 36-4 lead. However, a dramatic collapse allowed Samoa back into the game as they scored four tries in 13 minutes.

Mannering’s men did enough to see out the win but the Kiwi skipper was not happy and hopes the scare will give his players the jolt they need.

“We definitely lost our way for a pretty long period of the game,” Mannering said. “Everything they threw at us came off and everything we tried didn’t seem to work.

“They played very well but we’ve got to be disappointed with the way we defended. It’s obviously not a good enough performance to carry on in this tournament. Hopefully it gives us a shot in the arm.”

Meanwhile, coach Stephen Kearney played down the performance and rather than rip into his own players, opted to give Samoa the credit.

“I wouldn’t say it was embarrassing,” Kearney said. “I think it was disappointing.

“The Samoan side played with a lot of energy and enthusiasm through that period and put some tries on us.

“We dropped some balls and they gained some momentum. We didn’t see a great deal of possession for 20 minutes.

“There were some good parts of the game for us. When we stuck to our structures and processes, we built some really good pressure and came up with some pretty good plays.”