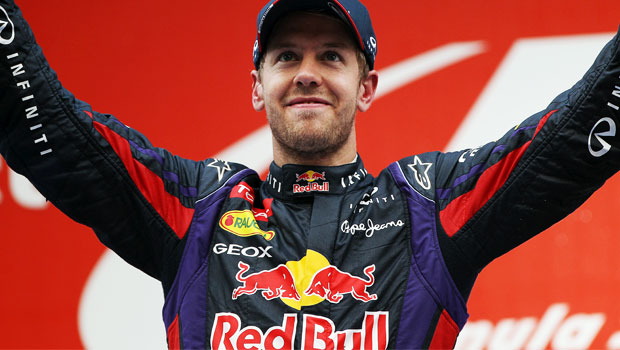 Vettel has been forced to face some hostile receptions since he controversially decided to ignore team orders and pass Red Bull team-mate Mark Webber on his way to victory in the Malaysian Grand Prix back in March.

Boos greeted the German on the podium in Canada, Italy and Singapore among other venues, and Vettel says this season has been a lot harder than some people may think.

“It was for sure not an easy season, even though people from the outside got the idea that we had it in our hands for quite a while,” said Vettel.

“I think it was a difficult one, all in all – very difficult for me, personally.

“To receive boos even though you haven’t done anything wrong, but to overcome that and to give the right answer on the track and finally get that acceptance I think we’re all looking for as racing drivers, it makes me very proud.”

At 26, Vettel became the youngster ever four-time world champion joining Alain Prost, Michael Schumacher and Juan Manuel Fangio as the only drivers to reach the milestone.

“To join people like that – Michael, Fangio, Prost – is very difficult to put into perspective. I’m way too young to understand what it means.

“I might be 60 one day, maybe then I will understand but nobody will care anymore.”