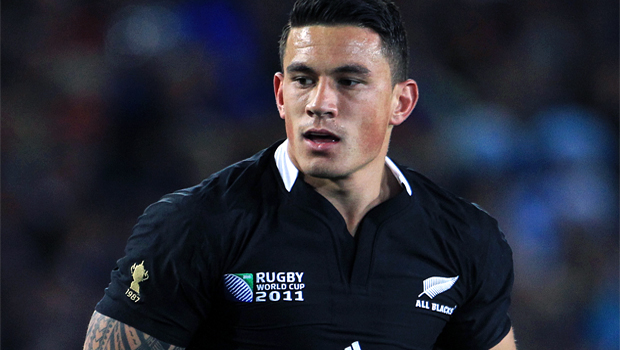 Sonny Bill Williams has been added to the New Zealand World Cup squad after performing a dramatic U-turn and making himself available for the showpiece event.

The 28-year-old returned to the 13-man code this year and enjoyed a superb season with Sydney Roosters, helping the New South Wales outfit win the NRL Grand Final.

It was thought that he would be part of the Kiwi squad for their defence of the World Cup, but the former All Black initially informed the selectors that he would not be able to play due to “other commitments.”

New Zealand coach Stephen Kearney expressed his disappointment at the news on Tuesday and revealed that he was as baffled as anyone as to why the giant forward had decided to skip the event.

But Williams has clearly had a change of heart, with Kearney immediately making it clear that the dual-code international would be in the squad.

“Late on Tuesday, Sonny Bill Williams expressed his desire to play for the Kiwis in the Rugby League World Cup,” he said. “Our thinking had always been that, if Sonny was available, he would be part of the team.”

Williams spent four years in rugby league with the Canterbury Bulldogs before switching to the 15-man code and enjoyed spells in union with clubs such as Toulon, Canterbury and Chiefs.

But the Auckland-born star proved that he could still be as effective in rugby league as in union with a stellar season back in the NRL.

Tohu Harris is the unlucky man to be withdrawn from the 24-man squad to make way for Williams, who has now pledged to give his all for the Kiwi cause.

“I’m sorry for taking someone else’s spot,” Williams told BBC Sport. “Now that I’m in there don’t expect anything other than a full-hearted performance.”