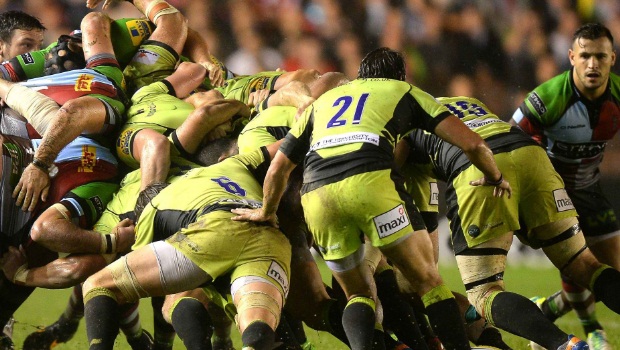 Harlequins will bid to continue their domination over Northampton Saints when they meet at the Twickenham Stoop tonight.

The London side have won six of the last nine meetings between the sides, including the last two at the Stoop, albeit by narrow margins.

Quins were champions two years ago, while Saints fell at the last hurdle last term, losing out in the Grand Final to Leicester, and with the Tigers again favourites for the Aviva Premiership both tonight’s teams know that grabbing all the points is vital.

On the evidence so far, it is Northampton that have hit the ground running, looking solid in all areas in the 38-11 home win over Exeter, while Quins in contrast scraped home 16-15 against Wasps last week.

That suggests that Saints will kick off with plenty of optimism, having won seven times away from home last season.

In the forwards, Paul Doran Jones is on at the start for the first time, while George Merrick continues in the second row with George Robson. Maurie Fa’asavalu, Nick Easter and, captain, Chris Robshaw form the back row.