Hogg and Russell back for Scotland-Wales Six Nations 2020 clash 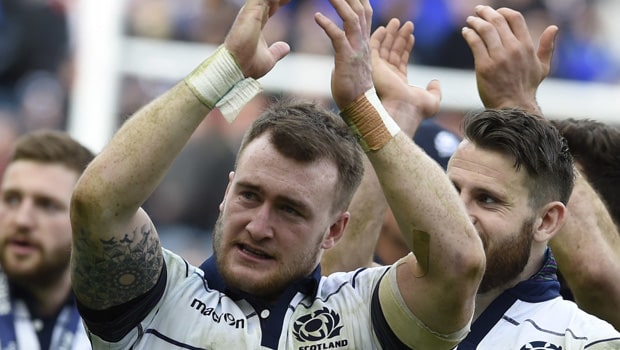 After featuring in the Champions Cup final Finn Russell, Stuart Hogg, and Jonny Gray have been restored to the Scotland XV.

Jonny Gray also returns to the squad in the second-row, while Blade Thomson replaces Matt Fagerson, who was injured at number eight.

Adam Hastings is being replaced at ten by Russell after dropping to the bench.

This is a chance for Scotland to record a third Six Nations win in a row in Llanelli, with four changes made by the head coach Gregor Townsend from last week’s 48-7 warm-up win over Georgia.

Speaking ahead of the game, Towsend noted that it’s great to have quality and experienced players in the team’s starting line-up, which includes the trio who have been involved in some high-level games recently.

He further stated that the game is an opportunity for Scotland to end the extended championship positively. With such a mindset, Towsend expects the tea to go into the Autumn Nations Cup with some added belief in what the players can achieve.

On the Six Nations table, Ireland is topping the log with 14 points, followed by England and France with 13. Scotland completes the table, Wales and Italy with 10, 7 and 0 points respectively.

Thomson will be making his sixth cap on his home ground in place of Fagerson, who is out of the game due to an ankle injury sustained against Georgia, while Jamie Ritchie and Hamish Watson will continue in their back-row places.