Posted by OLADIPUPO MOJEED on September 16, 2020 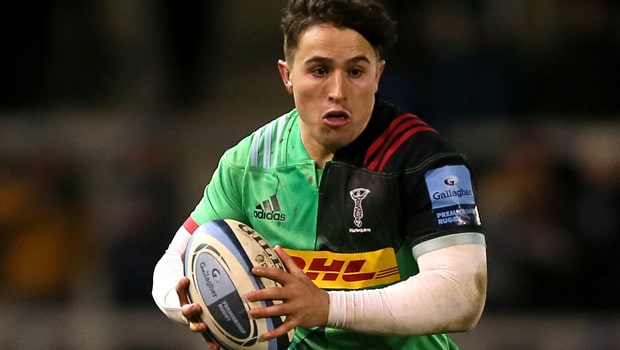 Harlequins will be featuring in the European Champions Cup after defeating a lackluster Gloucester.

The win also sees them book a top eight Premiership finish in a game that the A 1,000-strong crowd at Kingsholm could not lift the Cherry and Whites.

The host failed to take several chances, and they came to hunt them in the end.

The Quins built a 21-3 lead before the break when Cadan Murley and captain Stephan Lewies crossed for first-half tries.

Although Gloucester replied through Jake Polledri, Scott Steele’s try on the counter was decisive, as Matias Alemanno’s second was not enough for the hosts.

Due to the COVID-19 pandemic, the crowds invited to watch the game were limited. This was the second crowd pilot match in England after selected fans were allowed in for Quins’ game against Bath at the Twickenham Stoop earlier this month.

The host failed to make use of the opportunities of the provided some of their fans in Kingsholm with an ill-disciplined and sluggish start.

The hosts, who received a familiar roar from the stands before the kick-off, started on an ill-disciplined and sluggish note.

Ollie Thorley was set clear by Louis Rees-Zammit but dropped the ball. Danny Cipriani failed to lift the side with his game as he threw a forward pass to Jonny May instead of just taking a simple walk-in to score.

Gloucester continued their horrible performance when Varney’s pass was intercepted on halfway by Lewies. He then stretched his legs to win the foot race for the line.

At the restart, Gloucester up the tempo. Italy back row Polledri fended off Alex Dombrandt to score.

Harlequins came back into the game, punishing the hosts after failing to be clinical in their 22.

The win took Quins to sixth, four points clear of Northampton. Therefore, Gloucester will have to get two more points from their last two games to secure an eighth place.