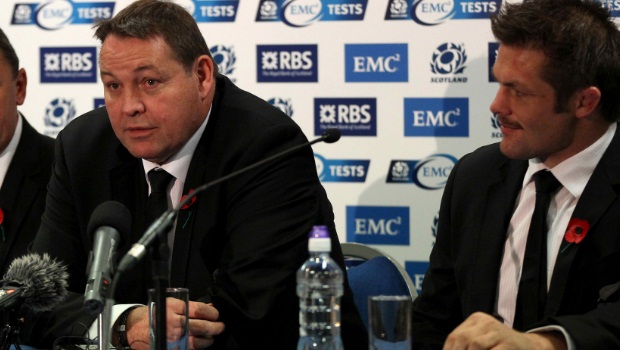 All Blacks coach Steve Hansen has admitted he was surprised to see his side whitewash Australia following their 41-33 win in the Bledisloe Cup on Saturday.

The seven-try performance was too much for Australia, but the Wallabies did come on strong in the second-half.

The hosts led 30-19 at the break but the visitors tried in vain to bounce back but they took the second half 14-11.

Both side’s came into the game on the back of good results, with the All Blacks winning the Rugby Championship against South Africa two weeks ago, while Australia comfortably beat Argentina 54-17.

Hansen admitted his side wanted to perform to a high standard and despite the win in Dunedin against the Wallabies, he insists there was still too many errors.

“It wasn’t perfect but we really didn’t expect it to be from where we’ve been and what we’ve done in the last three weeks,” he said.

“Maybe we let a couple of soft ones in but at the end of the day it’s a lot better than last year.”

After the game, Wallabies captain James Horwill admitted he was “bitterly disappointed” to lose the game but he insists he was proud of the effort his players showed.

“We came here to win,” he said. “We never like to lose but we’re proud of the effort the guys put in.

“We were always trying to win the game no matter what the scoreboard was and we went down swinging and that’s the commitment of the group.

“It’s hard. They turn up week in, week out, emotionally, mentally, physically always on the money and any little lapse in concentration they’re very clinical and they score points against you.”